We’re auditioning for our March 2019 production of ‘The Sound of Music’!

When and where is the show?

When will rehearsals be?

Rehearsals will begin 2nd January for principles and 7th January for chorus. There will be 2-3 rehearsals per week (Mon, Wed and Fri) with additional Sundays closer to the show.

How do I audition?

If you’re interested in auditioning for a character or being in the chorus, please enter your details into the form below.

(More details about the auditions/characters are further down this page).

If you have any trouble with this form please email us portsunlightplayers1@gmail.com

When and where are the auditions?

Auditions for all parts will be held on Sunday 16th September 2018 2-5pm at the Methodist Church on Bromborough Road, Bebington (opposite Sunlight bar and restaurant). Auditionees will be shortlisted and call backs will then be on Sunday 23rd September.

Audition pieces will be given out on Sunday 16th with time to read through and rehearse prior to auditions. Please have a listen to the songs on youtube if you don’t already know them 🙂

Please note there will be two casts of children who will perform two shows each. 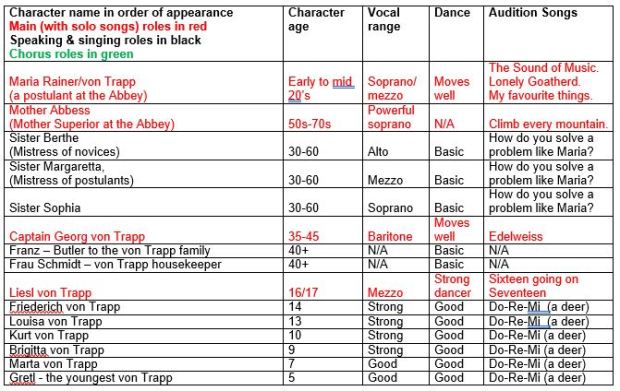 If you’re interested in auditioning for any of these parts, please complete your details on the contact form above so we can add you to our audition list 🙂

This site uses Akismet to reduce spam. Learn how your comment data is processed.